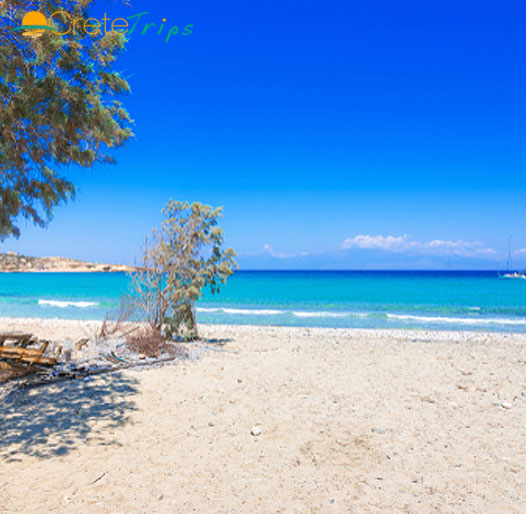 GAVDOS, the southernmost point of Europe

The Legend
According to Homeric legend, the hero Odysseus made a short stopover here on his way home,
or rather on his odyssey out of Troy. He spent 7 years here, in probably semi-voluntary captivity in
the arms of the nymph Kalypso.

State
The island of Gavdos is the southernmost point of Europe in the Mediterranean. Only the Canary
Islands are more southerly.

Locals
The island officially has only 152(in 2011) inhabitants and is the smallest municipality in Greece.
The capital of the island is Kastri in the middle of the island. Most of the inhabitants live from
tourism, so that in winter there are only about 20 Gavdioten, most of them are drawn to the
mainland Crete, especially to Paleochora. The eastern part of Paleochora is therefore also called
"Gavdiotiko".
In the inhabitants of Gavdos, the blood of pirates still flows.

“Time travel”
The special thing about Gavdos is that you take a little trip back in time. Gavdos is similar to a visit
to Crete 40 years ago. Accordingly, the accommodation, tavernas and means of transport are
simple and rustic. There are also only a few small mini-markets, which offer only the most basic
products and many of them are only open in the high season.

Our Gavdos Tour
From the new port in Plakias (1km west of Plakias) we have a 1.5 hour cruise to the port of Gavdos
Karave. On Gavdos we have about a 6 hour stay. Firstly we take a bus close to the beach of Agios
Ioannis.
The actual beach is reachable by a 15 minute walk through the dunes. Before we start you have
time to drink a coffee in the tavernas. After our short hike, we reach the beautiful golden sandy
beach with its crystal clear water.

There you have one hour to swim. Afterwards we go back the same way. The next point is the
lighthouse, which is located at the highest point of Gavdos. The 20 minute drive takes us across the
whole island through small pine groves, whose scent is beguiling and past the small island capital
Kastri.
You can climb the lighthouse, visit the small lighthouse museum and enjoy the view down the
steep coast to the outline of Crete. The lighthouse was destroyed by air bombs in the 2nd World
War and later rebuilt.
Then we drive to the beach of Sarakiniko, where there are a number of tavernas right at the beach,
so that you have enough time here to eat and to jump into the sea again. Finally we return to the
harbour where the boat leaves at 17 o'clock.

Pick up Points from Rethymno: